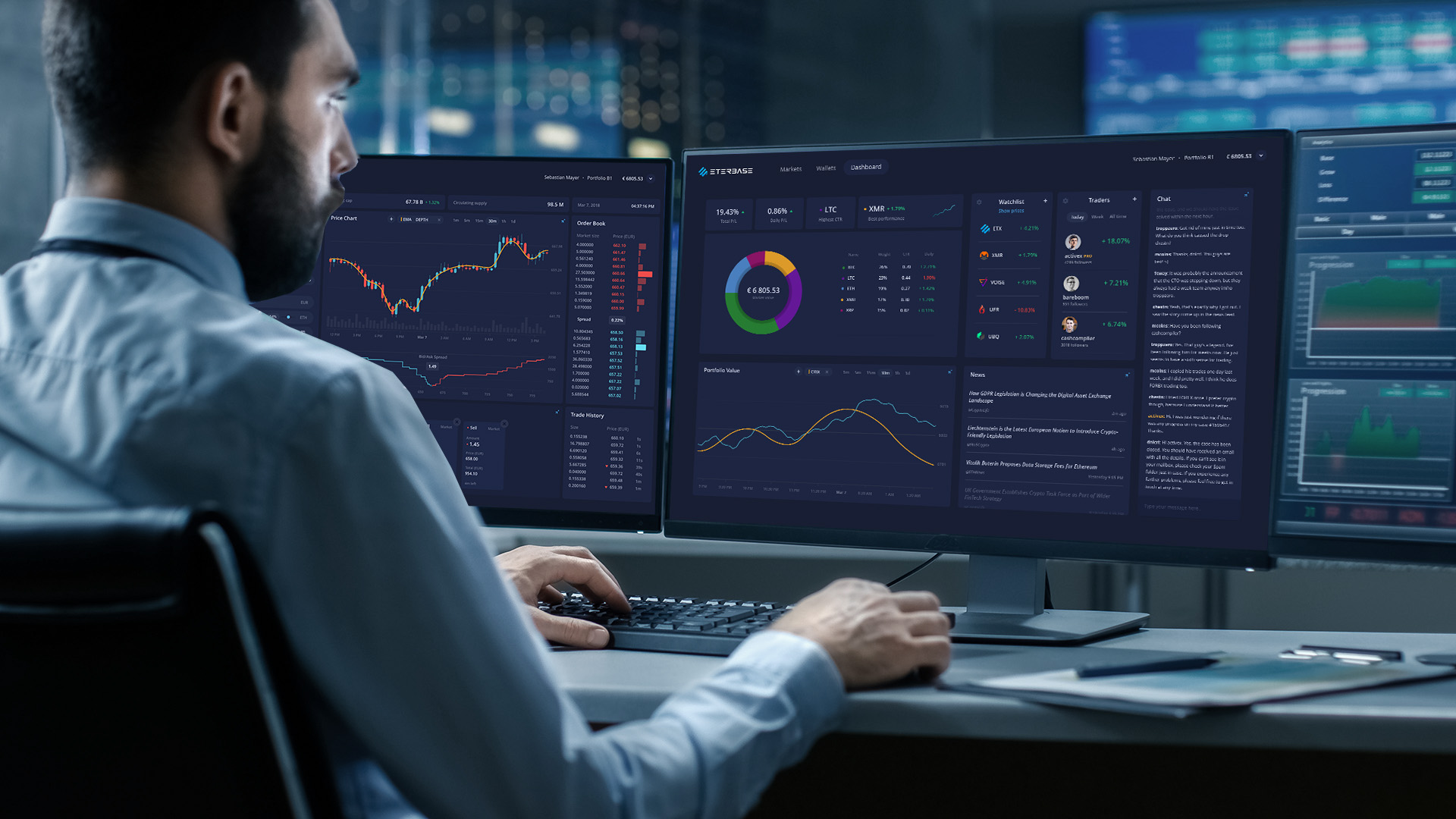 I have read books upon books about how to remove emotion from trading yet I have not seen anyone who has successfully removed emotion from sell stop. I have only seen people who are aware of their emotion. You cannot totally remove emotion from trading – never. But since you understand now that your self-awareness is the most important discipline factor, you can use any level of your emotion to your advantage (conscious and unconscious). There is logical distinction between being aware of feelings and acting to change. The emotion authors, writers, and other traders are trying to explain is the unconscious emotion. These two emotions need not be generalized as emotion cannot be totally eradicated in trading. The way to work it out is through discipline and understanding by bringing the unstable unconscious emotion to stability. The moment emotion comes into awareness, evaluation set in.

From psychological point of view it’s understood that unconscious action is brought into awareness, it registers in the cortex and the cortex can evaluate things anew, decide to change the outlook. Feeling (emotion) is part of decision making, analyzing it makes it rational. Traders more often than not are deceived by price actions of the market by the force of buyers and sellers who try hard to push the price action to their desirable position. The price might not be true value of a particular underlying instrument but the force of emotions by buyers and sellers at that particular time caused it. Since trading the markets are zero-sum transactions it is not mathematically possible to ever know with certainty that any trade assumption or guessing will be right except later after the position has been opened. However as price discounts the true state of the market at any particular time, a trader should understand that the price is there because that’s where it should be and it’s caused by the force of demand and supply. So if you as a trader feel indifference about the current price, the ability to remain in stillness and calmness position in spite of the price action movement without force of emotion to take unjustified trades is what I refer as Emotional Discipline. You must at some point in the market ‘Stand down’. Do nothing other than watching the force of other buyers and sellers in the market. When you are emotionally disciplined you will stay with the principle of stillness, calmness and avoid chaos caused by other traders especially when you cannot digest element of understanding in prevailing market direction. Remember we fear what we don’t understand.

Professional Discipline
No one knows all. Nobody has all the answers. Knowing that you do not know anything is far wiser than thinking that you know a lot when you really don’t. A professional trader knows what he doesn’t know, his weakness and make up for it. This ability of a trader to know what he doesn’t know and discipline himself to seek knowledge and education for improvement in order to be a better trader not minding the cost is what I called Professional Discipline. It’s a known fact that only 3% of readers read a whole book starting from chapter one. Same goes to what is being learnt or taught. The only 3% traders who strive for improvement everyday reach the professional level. To reach professional level education is the key and the only way. Nothing happens until it is discipline. Indiscipline vision is a chatter vision, indiscipline traders are failed traders. Professional discipline begins with your mind. You have to unclutter your mind from prejudices effect of the market. Direct your focus and attitude on the main thing that is happening not what you think should happen in the market. Strive to be a better trader, work on yourself and attitude.

System Discipline:
The common saying by traders and analysts is Plan your trade and trade your plan, yet only few traders stick to this simple rule. The premise of system discipline is your ability to discipline yourself to trade your system, accept the risk and outcome of your trades, win or loss after you have tested the system. The best trading system often seems idiotically simple to some traders who are unaccustomed to this sort of trading. It’s the system discipline that espouses your edge after considering available mathematical facts and variables and emotional detachment from the market. Perhaps in the world of trading, no matter how discipline you are, you will experience losers. Your system will fail to generate profit. This is not new; all trading system has drawdown time. Accept and improve on it. Remember failing or losing trade is a step closer to a winning trade. Be strategically discipline and know when things are not working, thus stop. I am no better in this regards or victim of any of the discipline like other behavioral patterns of market participants. Be a wise trader who learns from mistakes of others.

Enemies of Discipline
Fear! Fear is a form of negative or positive instruction from the brain. With fear blood goes to the large skeletal muscles, such as in the legs, making it easier to flee. You want to flee from what you fear because you lack disciple. Fear is an enemy of discipline. Everybody fears one thing or another; Dr Susan Jeffries admitted and says ‘ As long as I continue to stretch my capabilities, as long as I continue to take risks in making my dreams come true, I am going to experience fear in fact we all fear what we don’t understand. This is usually caused by ignorance or lack of understanding. Un-disciplined mind will not be patient to learn what is necessary especially in trading or analyze his fear. Fear is analysed as the greatest enemy of success in life, it’s the enemy of traders. Traders have many fears such as fears of losing, fear of missing out, among other fears. This is detailed in the last edition of this magazine. There are other fears known to man such as

Fear of Failure
This is the most prevalent form of fear. All new traders have this form of fear at one point or the other. When a trader loss a trade and experience drawdown in his account beyond what he could imagine, fear gripes him and his interest of trading dwindles, he loses the drives and desire to trade again. He automatically avoids trading. This fear is caused by lack of discipline. You need to learn all you need and move on in the business. You are afraid because you don’t want to fail again. Henry Ford was once asked by a journalist about advice he would give to aspiring entrepreneur, he said ‘He should double the rate of his failure’. The only way to do that is doing what you afraid of.

Fear of Success
The fear of success comes from not believing that you are destiny to succeed. Earlier in my life, I fear success as undesirable element, as if it’s meant for certain people until I had a turnaround in my academic. I struggled to champion a course and I succeed in doing that while those I believe to be smart are no smarter than me either. How in hell am I sabotaging victory myself, robbing myself the joy of success through fear of success? I never realized that I am not doing any good to myself neither my society admitted success as my virtue. The fundamental cause of this is your background and self-belief. Don’t rob yourself of success because you deserve it. It’s your nature. Everybody deserves to succeed. Stop thinking that the world will expect more from you when you succeed, the world will pay you for what you bargain. On the other hand, fears could be analysed and worked on because it could be a good source of spotting future danger. In this case it should be seen as stepping stone not stopping block.

The Fear of Unknown
Have you ever wanted to do something and you never did? Have you ever wanted to place trade after your analysis and held back? All this is caused by fear of unknown. You don’t want to because you don’t know what is likely to happen. When you’re afraid of what you don’t know, you’re more inclined to almost implement a new trading strategy. For instance, you’ll open a live account and then not quite follow through on everything you learned from the demo account experience. You’re afraid of what will happen if you just let the strategy fly with real money. That’s a good way to lose your live account. You look for confirmation here and there because you fail to analyze your fear. Yes, I have felt like this in some many ways during trading, I have overcome this by just analyzing my fear a bit more and understand why I am afraid of pulling the trigger. You will not be comfortable giving in to this kind of fear because it’s an enemy of disciple. You fail to place a trade because you are afraid, some minute later you see price action swinging rapidly in that direction and what next – you bite your finger and you look stupid for not taking such trade. Now, you are angry with yourself and force yourself to take a trade, this time it swing against you and say, I know it will. This market is always against me. Doing all this will not help you as a trader, in fact it will ruin you fast as a trader. Why not start even if you may think you would fall.

DISTRACTION
If you are a trader, you would agree with me that you have lost some trades due to distraction from family member such as kids, spouse or relative if you are married while if unmarried distracted by friends, siblings, fiancé etc. Little wonder I have, when loss is insignificant and when it is, you surfer it alone. Distraction is what you experience when trading and you will feel like doing other things like sleeping, strolling, or gisting even surfing the internet. You experience different form of distraction in one way or the other in your life especially when you are not concentrating on the job at hand at the moment.

Does it mean distraction is bad at all? I don’t think so, too much distraction is bad, and little sometimes might be good and refreshing. I have in many ways allowed myself to be distracted a bit from work at hand which I found to be very comfortable with. This is dangerous as we will all agree but remember there is always time to the most important thing. It’s all about managing yourself. Little distraction means a lot in trading and life because it’s lack of discipline and concentration, how many of us have been allowed to be distracted from a project just in time and never finished such project again, thousand. That’s what distraction can lead to. Trading is now moment business especially if you are an intraday trader nobody knows what is likely to happen next so allowing yourself to be distracted can be detrimental, you have to stay focus. Avoiding distraction in your trading means doing the most important things like trade analysis, news reading, working on the chart for other purposes, writing the article or book you want to write. You need maximum concentration without internal and external form of distraction during that moment. If you are discipline enough you will avoid dangerous distraction.